TOP 10 Best Jazz Songs that Everyone Should Know

A few days ago I and my friends tried to remember people (as much as possible) who, in our opinion, changed the course of history. Well, if we extend this topic, we can distinguish the 10 crusial aspects in different areas of human activity that affected the life, philosophy or just a taste of mankind. Today I would like to choose 10 best jazz standards, which, are the basis of a popular jazz music. Jazz standards are jazz melodies that were once written by someone, and that are so memorable that all of jazz musicians (and almost all people) know them. Each good musician (as it is written in the "Wikipedia") knows about several hundred of jazz standards but I doubt that it is truth.

Most likely many of you know jazz songs that I've gathered, but each standard has its unique story that is unknown for the most of people.

So, the first one:

Originally in 1945 it was the French song "Les Feuilles mortes" (literally "Dead Leaves") with music by Joseph Kosma and lyrics of the poet Jacques Prevert. Yves Montand (with Irene Joachim) presented "Les Feuilles mortes" in 1946 in the movie Les Portes-de-la Nuit. In 1947 american composer Johnny Mercer wrote the English lyrics of this song, and Jo Stafford was one of the first musicians who performed a new version of the song. The song "Autumn leaves" has become a jazz and pop standard in both two languages, as well as an instrumental version.

The video below shows the improvised version of this jazz tune by the one of the best jazz composers and improvisers of our time (and one of my favorites) Keith Jarrett. Notice how fun is he when he howls and dances during his solo. His play has a special charm and it can be identified by the ear due to his special "moo". In my opinion this song is one of the best jazz songs of all times.

This jazz track is also known as "Let It Snow". Poet Sammy Kahn (Sammy Cahn) and composer Julie Stein (Jule Styne) are authors of this jazz song. It is interesting that it was written in July 1945 in Hollywood during one of the hottest days of summer. What's more interesting that this song is familiar to almost everyone on our planet, even to that people who live all their lives in the deserts. I, personally, sing this jazz song always when it's snowing or raininig (Let it rain! Also you can sing "Let it fog!").

Not everyone knows this song, that has sung by all jazz vocalists on the stage (if not on the stage, but at least in the shower). The Authorship of the tune belongs to Cole Porter and it was written in 1936. On the video (as in the previous one) my favorite musician Jamie Cullum is performing this song. As for me, "I’ve got you under my skin" is one of the best jazz songs. After this jazz song there is a little bonus - another song by Jamie - High and Dry (Radiohead). This is one of my favorite jazz-pop songs by him.

This melody is one those that helps musicians to swing five consecutive hours without the rest. Even I, who almost don't play jazz can swing and improvise this jazz standard on the piano. This brilliant masterpiece was written by Bart Howard in 1954.

If a jazz musician wants to test his musical skills in non-standard rhythms, "Take five" is the best jazz song for such experiment. Unusual quintuple (5/4) time clearly shows that the song really deserves special attention. By the way, there are a lot of songs that start as this famous jazz standard, but the "first author" of this composition was Paul Desmond. This track was presented by the great Dave Brubeck Quartet in the album "Time Out" in 1959.

Well, everybody knows this jazz song. It was written more than 110 years ago (in 1902) by the creator of the Ragtime music - Scott Joplin. It is a classic ragtime. This amazing jazz composition regained its international reputation during the "ragtime revival" in the 1970s, when it was used as the soundtrack for the movie "The Sting", which won an Oscar.

"Singing in the Rain "- a song based on poems of Arthur Freed and music of Nakio Herb Brown. It was written in 1929 and it became famous after the release of the movie with the same title. People become happy after listening to this beautiful jazz song (or watching video below)!

And now, one of my favorite commercials, based on a fragment from the movie.

When people talk about jazz, they often meen "Summertime". This jazz song was written by George Gershwin in 1935 for the opera "Porgy and Bess". The authors of the text: DyuBos Hayward and Ira Gershwin (George's brother). People say that Gershwin has used Ukrainian lullaby "Oh Sleep is walking near windows" as a base of his song. He has heard this lullaby performed by the Ukrainian National Choir under the direction of Alexander Kosice in New York. Many of my friends think that this amazing song is the best jazz song ever. Hmmm, maybe!

"Feeling Good" (also known as "Feelin' Good") is a song written by British singer-songwriters Anthony Newley and Leslie Brikuss in 1965. Since then, this composition was recorded by many artists, including outstanding Nina Simone.

Well, where are we going without dear Armstrong! But what's interesting - the music and lyrics of this famous song were not written by Armstrong (the first person on Mars :) ). The author of the jazz song is Jerry Herman. This composition was very popular in 1964, it was on the radio as often as Lady Gaga's hits today. But Louis Armstrong performed this song as we know it today. You know, my dad thinks that this song is one of the best jazz songs of all times!

Of course, jazz music is not limited by these 10 masterpieces, but in my opinion they are best jazz songs that modern world gave us. Soon I will prepare 25 best jazz compositions, including jazz standards in original and modern versions.

Plese comment my first article in English and help me to correct mistakes!

blog comments powered by DISQUS back to top
Google+ 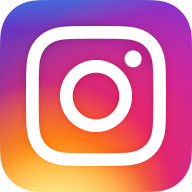